Keeping the Big Picture in Perspective

Despite trade tensions weighing on the global economy and markets, the first half of 2019 saw muted economic impact in the U.S. and markets turn more bullish. Now stocks seem to be pricing in the likelihood of a rate decrease from the Fed. But even Fed Chair Jay Powell cautioned against reading too much into their infamous “dot plots,” used to loosely forecast the direction of rates. After the Fed’s June meeting, he said paying too much attention to each dot could cause one to lose track of the larger picture.

The same could be said of many catalysts that moved markets in one direction or the other this year. Like individual brushstrokes in an impressionist painting, each new tweet about trade policy and every different interpretation of Fed commentary is just one of many things that inform our appreciation of the big picture.

As we move into the second half of 2019, the picture we see forming is one of cautious optimism:

The Economy Is Still Chugging Along

While the current U.S. economic expansion is the longest on record, it is also the weakest in terms of average growth. This may mean room for continued and even more robust growth. But macro risks – particularly related to global trade – have been on the rise, curbing economic expectations. With respect to GDP growth skeptics, we would remind them expansions don’t die of old age. And we don’t think you should worry about a recession in the back half of the year.

The Market May Be Getting Tired

Stock performance hasn’t seen as steady an upward climb as economic growth over the last ten years, and investors with the stomach for some risk and uncertainty have been rewarded. But no bull market lasts forever. While global markets are already feeling the sting of trade disputes, valuations in the U.S. remain elevated at a time when earnings estimates are coming down and exposure to equities for households, institutions and foreign investors is historically high. So now may not be the time to start aggressively moving your cash into stocks.

The Fed Is Changing Its Tune

While the Fed has spent much of 2019 trying to pivot away from its rate increase last December, more than half of all global central banks are now easing monetary policy. And this could have implications for stocks. All of the net gains in global equities over the past 30 years have come when a majority of central banks have been lowering interest rates. While it declined to cut rates at its June meeting, the Fed is expected to move into the easing camp later this year. As long as the U.S. economy isn’t in a recession when that first cut happens, we wouldn’t expect such a move to spook the U.S. market.

Against the backdrop of friendlier central bank policy, we’ll be looking for continued resiliency from the U.S. economy. We’ll also be searching for signs of stock market strength that run deeper than headlines about S&P returns. Pending those potential developments, our outlook for the second half of 2019 is mildly bullish.

For a more complete analysis of the factors influencing our outlook, check out our technical deck complete with charts. You can also get a high-level visual impression of our most current perspective any time via our most recent Weight of the Evidence.

To better understand what these insights could mean for your financial plans, be sure to talk with your Financial Advisor.

Not a Baird client? Find a Financial Advisor. 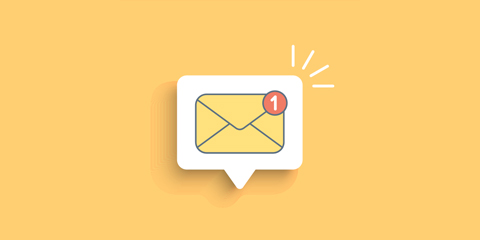