The US Treasury may have to prioritize which aspects of the government continue to be funded, unless Congress reaches an agreement on how to raise the debt ceiling in the next two weeks. We don’t think the US will default on its debt, but a similar stalemate in 2011 showed that this sort of brinksmanship between the parties can unsettle markets regardless of the eventual outcome.

What is the debt ceiling?

The debt ceiling is a congressional limit placed on the amount of debt that the US Treasury can borrow. When the limit is reached, Congress must pass a debt ceiling increase or suspend the debt limit for a period (so Treasury can continue issuing debt). Congress last suspended the ceiling in 2019, giving Treasury until July 31 of this year to issue debt. That date has, of course, now passed, and Treasury is employing “extraordinary measures” in order to prevent the US from having to issue new debt. Sometime later in October, Treasury will run out of extraordinary items and Congress will need to act. If the debt ceiling is not raised or suspended then, Treasury will need to prioritize what gets funded with existing cash flow (from federal tax revenue, etc.)

Is the risk higher this time vs. past episodes?

A congressional vote to raise the debt ceiling is a tough political vote, and the process is never easy. Over the past 40 years, budget reforms have been attached to debt ceiling increases, giving members of Congress cover to authorize more debt. The most contentious debt ceiling increase was in 2011 when government was split. In response to the $1 trillion deficit, House Republicans demanded spending cuts for their votes, which Democrats opposed. The ordeal led to a downgrade of US credit and stocks fell ~20%. Raising the debt ceiling remains difficult but the brinksmanship has waned somewhat as the memory of 2011 has faded. We expect greater risk this time, as both parties are dug into their positions. 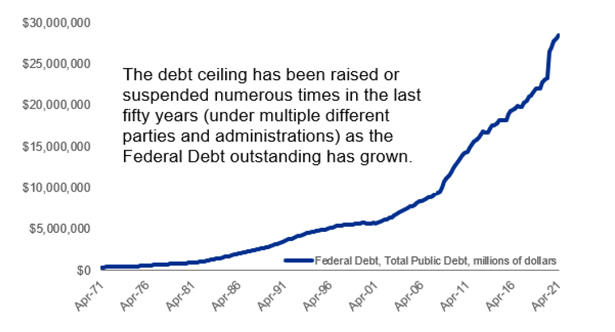 As of today, do you expect the debt ceiling standoff to be resolved?

Few members of Congress want to breach the debt ceiling, but both parties believe responsibility to act lies with the other party. Republicans refuse to help Democrats because they are pursuing a multi-trillion dollar spending package. Conversely, Democrats believe some of the existing debt was accumulated under a Republican president and, thus, Republicans need to vote for the debt ceiling. The level of risk will be determined by the path taken. The debt ceiling can be raised through the budget reconciliation process, which allows for Democrats to move without Republican votes. Should they go this route, much of the risk will fade quickly. However, if Democrats choose to forgo that option, they functionally set up a game of chicken with Republicans as the deadline approaches. Financial markets will need to price in some risk of a policy mistake.

What is the likelihood that the US will default on its debt if Congress does not lift the debt ceiling by October 18?

The risk of the US breaching the debt ceiling is elevated but unlikely. Congress usually responds at the last minute. And even if Congress does not vote to raise the debt ceiling in time, there is more than enough cash flow for Treasury to service the debt. As such, there is a greater risk of the federal government being forced to prioritize their government expenditures, but we would classify an actual default risk to be low. 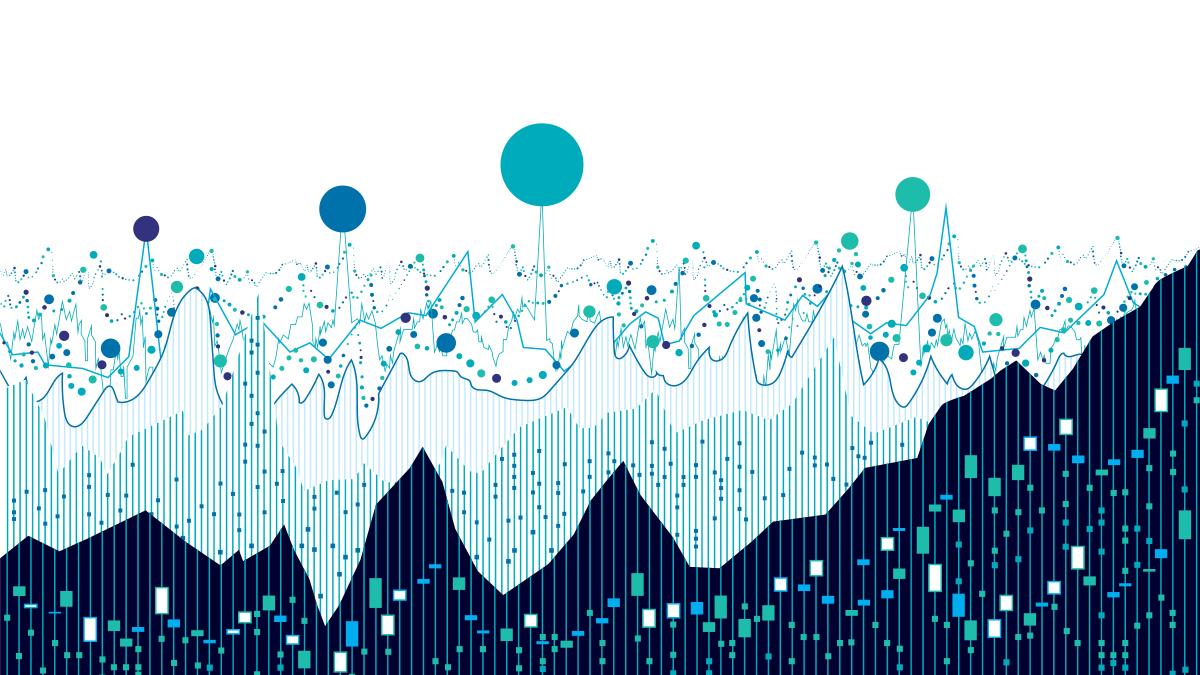 The Best Market Indicator Is…

One data point out of context doesn’t tell you the full story. 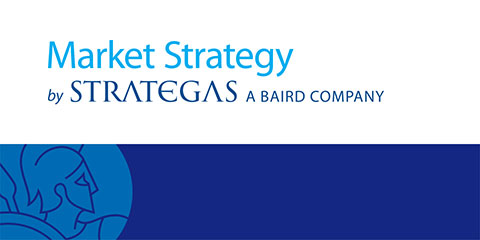 The slate facing policymakers in Washington is as large and significant as any in recent memory.