When to Take Your Benefit: A Key Retirement Decision

Most financially comfortable pre-retirees put Social Security in the back of their minds when they’re planning for retirement, but it’s an investment worth managing like any other. A recent study found that retirees will lose an average of $111,000 because they claimed Social Security at a sub-optimal time.

While some of the key planning strategies around Social Security have been eliminated in recent years, choosing the optimal time to begin benefits is something for all retirees to consider.  And while some of the factors involved in maximizing your benefit, such as your life expectancy, are impossible to predict, understanding your options is the first step towards optimizing your own benefits strategy.

How much money are we talking about? Social Security uses your income to figure your benefit. The estimated average Social Security retirement benefit in 2019, according to the AARP, is $1,461 a month, rising to a maximum of $2,861 a month for someone who files at full retirement age. But someone who files at the age of 70, and maxes out the income charts, will receive $3,770 a month.

Claim Now, Later or Much Later?

Here, in a nutshell, are your options: You are eligible for your “full” benefit in the year you reach your Full Retirement Age (FRA), which is based on your birth year. For those born before 1955, FRA is 66, although it is gradually increasing until it hits 67 for those born in 1960 or later.

You can take benefits as early as age 62, but your full benefit amount will be permanently reduced a bit for each month you begin before reaching your FRA. For example, someone whose FRA is 67 but starts five years early at age 62 will only receive 70% of what they would have received at 67. Someone whose FRA is 66 and starts at 62 (only four years early) would receive 75% of their FRA benefit.

On the other hand, if you delay starting benefits beyond FRA, your benefits will increase by two-thirds of 1% for each month that you wait to claim them (which adds up to 8% for each full year), up to age 70.  Someone whose FRA is 67 but delays benefits until 70 would receive 24% more (8% per year for three years), while someone whose FRA is 66 would get 32% more at age 70. If you die before your spouse, waiting increases their survivor benefits as well.

So, the decision on when to take benefits comes down to taking a smaller amount earlier or waiting to take a larger amount later. Which strategy makes the most sense?  There are several factors to consider.

The general rule of thumb here is: the longer you expect to live, the better off you are deferring your benefits.  If you have a reasonable expectation of living decades past retirement, postponing benefits to get a bigger payment could prove important to your long-term financial stability. But if you turn 62 in poor health, or have a genetic predisposition to certain illnesses, you may decide to get what you can, while you can.

Most analyses would say that roughly age 80 is the tipping point – if you think you’ll live at least that long, you’re better off delaying benefits as long as possible.  Surprisingly, only 4% of all Social Security recipients hold out till age 70, even though for many delaying may be the right answer.

There’s also the question of how long you expect to be steadily employed. Many older workers have found themselves pushed to retire before they’re ready. For those people, taking Social Security before reaching their Full Retirement Age might be a necessity.

As long as you can keep working, the smart move is usually to delay as long as possible. An important factor to keep in mind: If you file for benefits before you reach your Full Retirement Age, your income could subject you to earnings limits that could reduce (and even eliminate) your Social Security payments. Once you hit FRA, you can keep whatever earnings you make without it affecting your benefit.

Lastly, taking Social Security early can impact your ability to take advantage of another savings tool. If you are receiving Social Security benefits, you will be automatically enrolled in Medicare Part A once you reach age 65, and being enrolled in any part of Medicare means you’re no longer able to contribute to a Health Savings Account.  You can still use the HSA to pay for medical expenses, but you can’t add to it. If you’re planning to continue HSA contributions, you’ll want to delay starting Medicare – which may mean delaying Social Security.

That’s a lot of factors to consider, so it’s no surprise that very few people get it exactly right. According to the study cited earlier, only 4% of retirees make the best possible decision about when to claim Social Security. To help you put together all the options and make the most of your retirement, see your Baird advisor. 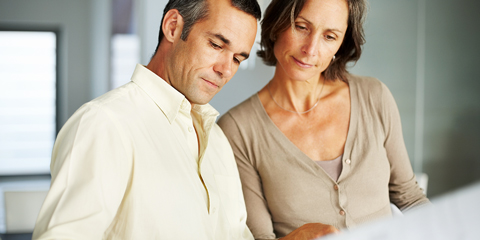 Taking Advantage of the SECURE Act

The new SECURE Act presents some significant changes to IRAs and other retirement vehicles. Here’s how you can take advantage of the new rules.

Service members who reach their ETS date or retire from the U.S. military are eligible for a host of financial benefits. Here’s how you can take advantage of them. 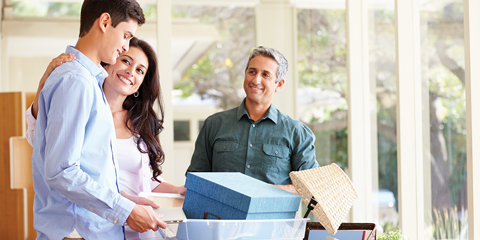 How Much Should You Support Your Kids in College?

We all want what’s best for our kids, but you want them to learn the value of money too.